Arrest Made in Springfield Township Burglaries

On Sunday, August 6, 2017 at 1509 hours, the Clark County Sheriff's Office Communications Center received a 911 call in reference to an attempted burglary that was observed by a home owner on Rockview Drive in Springfield Township. The female caller reported that the suspect attempted to kick in her back door. A description of the suspect and vehicle was aired to responding Deputies from the Clark County Sheriff's Office Uniform Patrol Division. 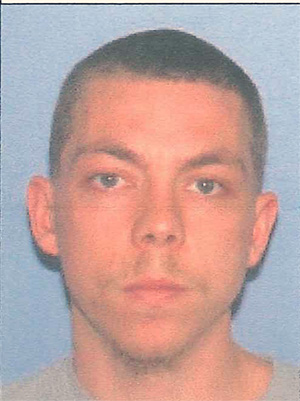 Shortly after this, the Clark County Sheriff's Office Communications Center received a second 911 call from a homeowner on Locust Drive in Springfield Township. The male caller reported that a male suspect had knocked down his back door by using a claw hammer and entered the home. The male then fled out the same door and entered a tan truck matching the same description of the previous burglary on Rockview Drive. The caller was able to get the license plate number.

The Communications Center was able to put out the description of the male suspect along with the vehicle that he was driving. A Uniform Patrol Deputy spotted the suspect vehicle at State Route 4 & Upper Valley Pike. The suspect fled eastbound into Springfield at a high rate of Speed. It was at this time that it was discovered that the vehicle was stolen out of Clark County.

On Monday, August 7, 2017, Deputies from the Clark County Sheriff's Office Uniform Patrol Division were able to locate the suspect at the IHOP on North Bechtle Ave. in Springfield. He was taken into custody without incident.