Details
Written by Editor
Published: 04 May 2018 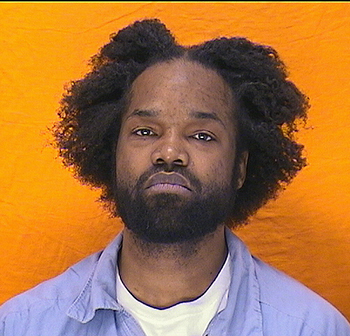 A Springfield man – already serving a life sentence for a 2015 murder – has pleaded guilty to another murder in an unrelated incident earlier this week.
Prentiss Rashan Hare, 37, pleaded guilty to one count each of aggravated murder, gross abuse of a corpse and tampering with evidence.

In May of 2016, unidentified human remains were located in a secluded area of 2570 Elam Rd. in Spring Valley Twp. in Greene County, Ohio. The remains were later identified as Tiffany Chambers, a resident of Jacksonville, Fla. Chambers was killed in Clark County in July of 2015 and was later dumped in the woods in Greene County.

Chambers was murdered because she witnessed the killing of Michael Frazier in Jacksonville on July 11, 2015.

The Clark County Prosecutor’s Office will hold a press conference to discuss the case at 1:30 p.m. Friday in the Raynor Room at the Public Safety Building, 120 N. Fountain Ave.

“The guilty plea provides closure to the families of Tiffany Chambers and Michael Frazier,” Clark County Prosecutor D. Andrew Wilson said. “We’re confident he’ll no longer be a danger to the public.”

Hare was convicted of murder in December of 2016 and was later sentenced to 26 years to life in prison. Hare killed 35-year-old Deshun Lumford inside a home on South Light Street in Springfield in December of 2015 after the two men had an argument over drugs.