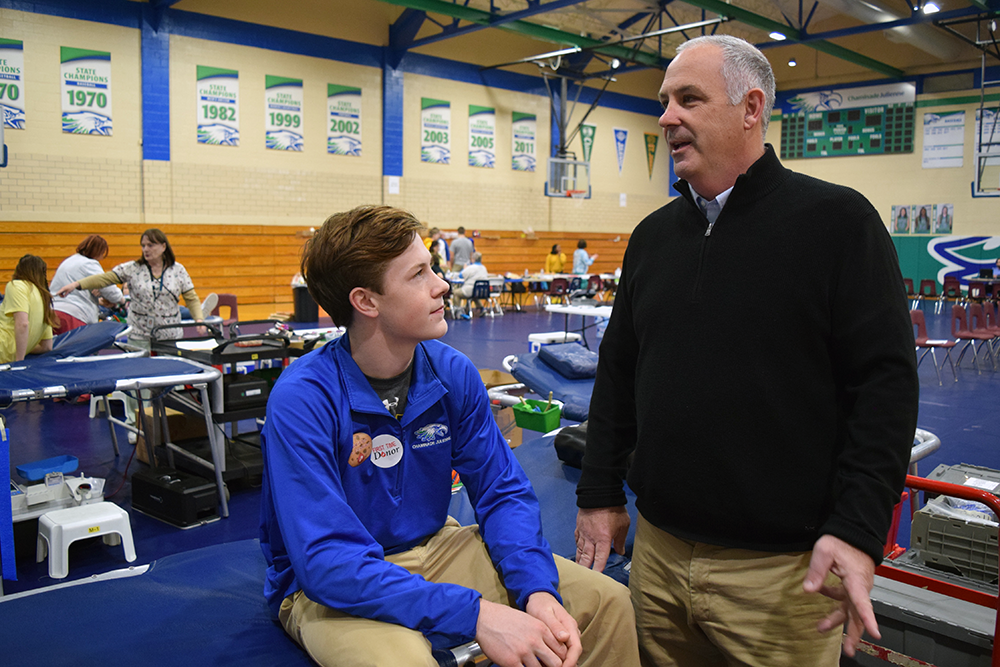 January is now “Blood Donor Awareness Month” in the state of Ohio.  Supporters say the recognition from this new legislation will raise awareness about the necessity of blood donations, encourage more people to donate, and honor donors for helping save lives across the state.

House Bill 252 was introduced by Rep. Stephen Huffman (R-Tipp City) who guided it through unanimous approval in both the House and Senate and to the desk of Gov. John Kasich who signed it into law on Feb. 8.  Rep. Huffman is chairman of the House Health Committee, an emergency room physician, and a life-long blood donor.

Rep. Huffman enlisted proponent testimony for the legislation from Community Blood Center in Dayton and the Ohio Association of Blood Banks. He has 55 lifetime donations with CBC, the equivalent of nearly seven gallons of blood. He is a “Universal Donor” whose O negative blood type can go to any patient in need.

“My mom and dad gave blood,” said Rep. Huffman. “When I was a resident I saw how important it was to give. I donated directly for my son Will when he was born 12 weeks premature. I appreciate what Community Blood Center does for my patients and others. I was happy to be able to donate for my son, and to all others in need of blood.”

The act states, “The month of January is designated as ‘Blood Donor Awareness Month’ to increase public awareness of the need for blood donations, to encourage the public to give blood, and to recognize the lifesaving contributions of blood and platelet donors.”

”I was proud to sponsor this legislation,” said Rep. Huffman. It is my sincere hope that it will make a difference, that it will inspire our citizens to act, and it will most importantly save lives every day across our great state.”

The bill received unanimous bipartisan support. The House approved the bill 93-0 on Sept. 20, 2017 and the Senate approved it 32-0 on Jan. 30 before Gov. Kasich’s signature.

“We have a growing need to get the young people involved,” Rep. Huffman said. “To teach them that it’s easy to start giving blood as part of service to others.”