Keep Clark County Beautiful received the statewide Community Award from Keep Ohio Beautiful in a ceremony on Wednesday, Nov. 1, at the Franklin Park Conservatory in Columbus. The award honors a KOB affiliate for its overall environmental program and was focused on the mural project done in cooperation with Project Jericho.

Project Jericho worked with Mariah Kaminsky, a muralist from Colorado, and 27 youth volunteers to create a mural of a young girl catching fireflies in recycled glass bottles on the front wall of the Clark County Solid Waste District at 1602 W. Main St. The Solid Waste District provides staff and office space for KCCB.

The mural boosted the visibility of KCCB’s recycling and litter prevention programs and provided a visual symbol of renewal in a struggling neighborhood. Project Jericho reached out into the neighborhood by having the youth volunteers do poems, paintings, and photographs based on interviews with residents and businesses on West Main Street. 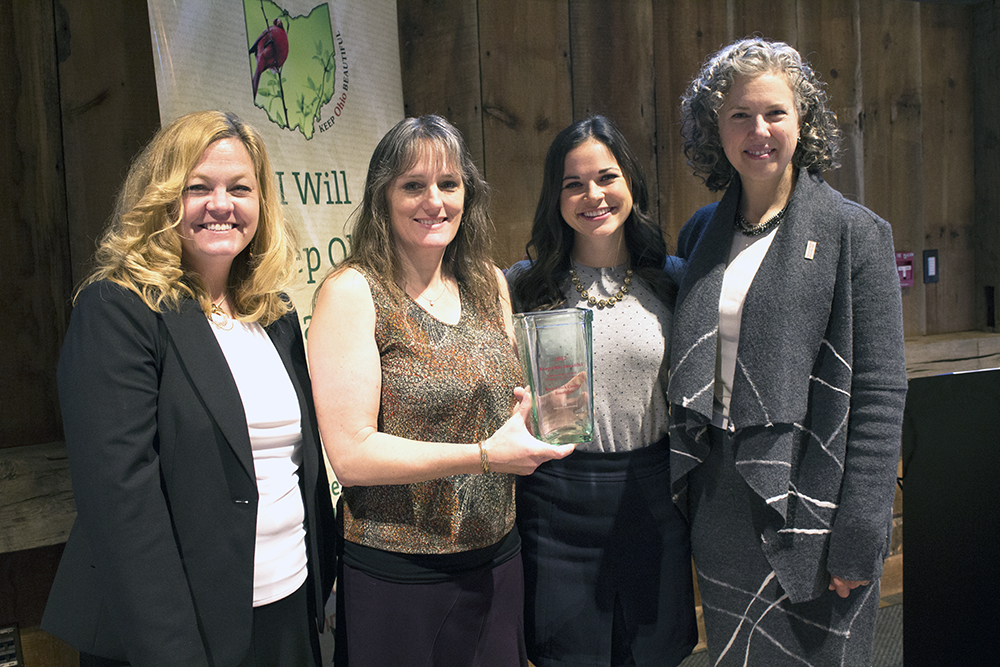