State Senator Bob Hackett (R-London) today announced that a $100,000 grant has been awarded to the Springfield Division of Police's Safe Streets Task Force, a specialized local response team focused on putting overdose survivors on the path to recovery. 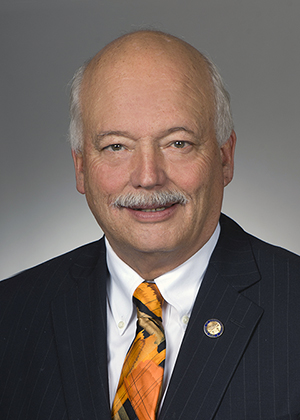 Mobilizing response teams consisting of law enforcement officers who partner with local drug treatment providers and other groups is an effective strategy being implemented in communities across Ohio.

"Without trained intervention, overdose recurrence and even death is often the grim fate for many struggling with addiction," said Hackett. "This targeted investment has the potential to save lives and help more Ohioans achieve long-term recovery."

Funding for the grants was added by the Ohio Senate as part of the state's overall effort to tackle the opioid crisis by improving prevention programs and strengthening law enforcement as well as treatment and recovery services.

“We are committed to fighting the scourge of addiction, and I’m pleased we were able to fund these grants as part of the new state budget," said Ohio Senate President Larry Obhof (R-Medina).

Further highlighting the state's priority to direct dollars to local communities, the budget also invested in recovery centers and child protective services to assist in caring for children who have been abandoned by drug-addicted parents. It also provides additional funding to coroners and criminal labs with overwhelmed capacities caused by the epidemic.