The Courage to Lead - Women in Profile – Melissa Tuttle

The Courage to Lead, Women in Profile focuses on women in leadership positions in business, industry, government, education, and non-profits organizations.

Clark County Clerk of Courts Melissa Tuttle wakes up every morning and asks herself, “What can I do for the public today?  I am a public servant.  How can I serve the public rather than how can the public serve me?” Tuttle believes these are important questions that every elected official should ask themselves every day.  As the Clerk of Courts, she is trying to live that philosophy; however, it was a long road to achieving this goal. 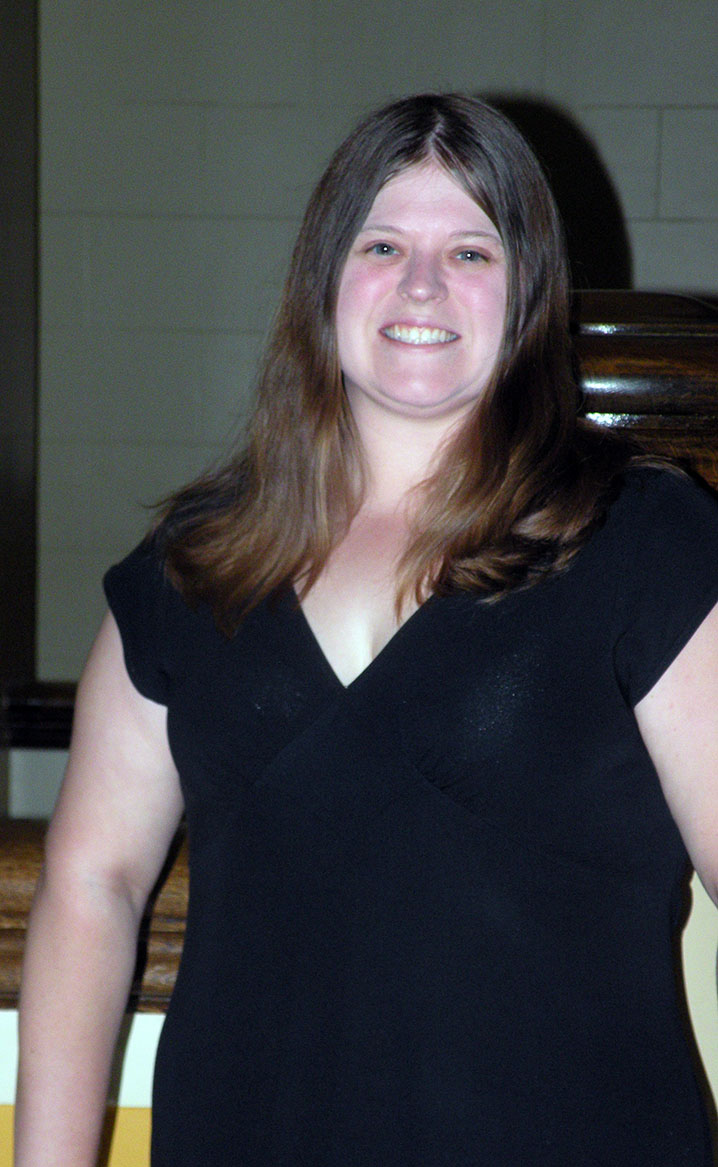 Tuttle said, “I am an attorney by trade.”  While she was still in high school, Tuttle attended Clark State as a post-secondary education student.  Her original course of study was biology/pre-med.  She planned to become a doctor.  After high school graduation, she entered the University of Toledo one credit short of being a second semester sophomore.  During her first two semesters, Tuttle continued to pursue a biology/premed curriculum.  She took 20 semester hours her first semester and 19 credit hours or second semester.  Tuttle admits, “My first year was crammed with labs. I decided after that year that medicine was not how I wanted to give back.  In medicine you only get to help people that are sick.  Most of the work is not really preventative, I really wanted to help people and make a difference in the world.”

I then thought I would go into teaching.  My mother is a teacher, so I signed up for a summer internship as a camp counselor on a naval base in Naples, Italy. I spent 10 weeks in Naples to see if I wanted to go into teaching. I earned upper level education credits to go toward a teaching license.”

“I also did a semester of student teaching in inner city Toledo. Two students in the class had been incarcerated because of the Toledo riots” The National Socialist Movement marched in Toledo on October 15, 2005 to protest gang activity in Toledo.  Riots ensued, a curfew was implemented and many adults and children were arrested. She said, “I was disheartened by the whole teaching experience.  The teacher I was working with handed out study guides to the students. On the day of exam, teacher went over every question, gave the students the correct answer, and discussed the questions with the class before the exam.  When the exam was over, I collected the tests and took them home to grade. Seventy percent of the class failed; 16 percent turned in blank tests. It broke my heart, I couldn’t fault teacher, she had done everything she could to provide the information: they did not receive it. I knew I couldn’t do that emotionally. I decided teaching wasn’t for me.”

Tuttle took some business classes in the hopes that the business world would be good for her. She also began working in student government, which she enjoyed.  She said, “I worked with a lobbying group to petition the state government to freeze tuition at the nine state schools in Ohio.  Eventually all nine state schools agreed either to freeze tuition for five years or only increase tuition by 2% increase.  It was nice to see the legislation pass.”

Tuttle continued to take business classes, but she decided she wanted more out of her studies.  Eventually she changed her major to interdisciplinary studies, so she could design her own education.  She took high level law, economics and business classes. In addition, she completed an internship at US EPA in Washington DC and worked for the Environmental Review Board in the city office of Toledo.

Tuttle took the LSAT and considered applying to law school in Washington DC in 2007, but because of personal reasons, she returned to Springfield after graduation.  She worked as a Drug Care Provider for MRDD and ended up working for Huntington Bank for three years. In 2010, she applied and was accepted to Capital University’s Law School in Columbus.  Her first year of law school she worked at Huntington and CVS while studying full time.  She laughs, ”What does not kill you makes you stronger, but I figured out that I needed to take care of myself, needed to care about my studies, needed a personal life.  So, I eventually learned to develop a balance between the three.”

Her areas of concentration in law school included Alternative Dispute Resolution (ADR) and Business. She explained, “ADR deals with cases that do not go to trial. Between 90 and 95 percent of cases never go to trial or in front of judge. The method uses mediation, arbitration, and negotiation to resolve a dispute instead of litigation.” She added, “ADR is much needed because of congested dockets. It proves beneficial for everyone involved.”

Tuttle admitted that she still practices a little on side She said, “Large law firms hire local lawyers to take cases for a day to represent their client rather than pay their attorneys to drive to an out of town location.  I enjoy this because I get to see how other courts and clerk offices are run. I cannot represent cases in the Common Pleas or Municipal Courts here in Clark County because it would be a conflict of interest.” 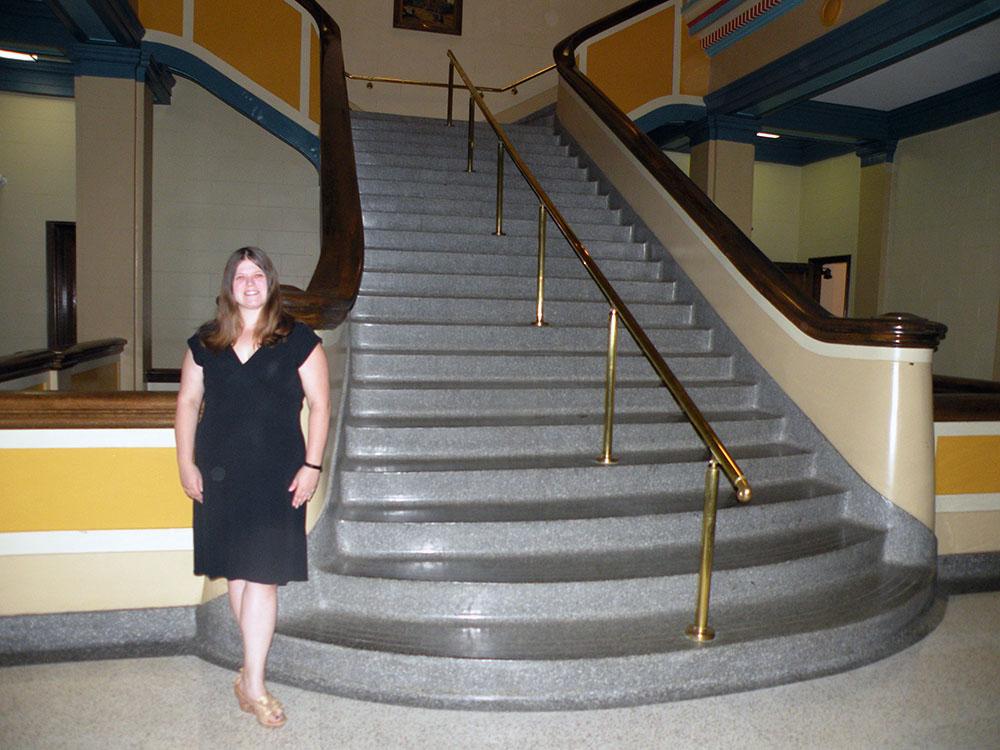 Plans for the Clerk’s Office

Tuttle expressed her vision of how she wants to improve the Clerk’s Office service to the community.  She tells the story, “I was in a court house recently.  Four different employees made eye contact with me, but pretended they didn’t see me.  They were all younger workers. Finally, a more seasoned worker asked me if she could help me. I never want my staff to do that. As a lawyer, I had similar experiences in Clark County.  It is simply not professional.  We are here to serve the public, I don’t want any attorney or person to experience ever getting ignored by my office because an employee doesn’t think that is their job.”

She also said that she wants to see improvements in scheduling and determination of the next step or proceeding.  “I would like to see all parties walk out with of the chambers with the judge’s decision or their next court date rather than wasting time waiting for the outcome.  I am hoping the judges will work with me to implement this policy.”

She added, “I am constantly trying to work on making this office better.  I am working on redesigning all the filing systems. In 2005, the county started scanning files; however, more thought needs to go into how this records are scanned and used.  In the past, there has been no rhyme or reason for how it was done.  Scanned records should be the first to go off site when cases close., I am trying to figure out new storage system. Some records we must keep forever; however, if I file comes to us in in digital format it isn’t completely clear whether we need paper backup.  In any case, we need more electronic storage space. If court had fire would not be able to save records.  It is a powder keg waiting to blow.”

In June, Tuttle redid the entire front office.  She combined what had been six offices in two different buildings into three rooms in one building.  She said, “I wanted all of my staff to be near each other.  I wanted them all to be cross-trained on all the court systems so that someone coming in to the Clerk’s office could get the help they needed immediately. I didn’t want it to be some else’s job”

She added, “I am trying to break old habits.”  She said, “Someone told me that even if you make a change, and if it doesn’t work out that doesn’t mean you shouldn’t have make the change.  You may do things that don’t work out in the end, but you need to be willing to take that risk.”

Tuttle said, “I am trying to buy from local vendors when I can, but I need to be fiscally responsible. I have taken the stance in this office that I need to be here to see the changes. It speaks volumes to the boss if you are there when your boss walks in. My advice is to dress for the job you want. Show up. Show others that they can depend on you.

Most Difficult Challenges as a Woman

Tuttle said, “When I first started people had a misconception about who I would be. They were surprised when I had ideas and surprised by what I wanted done. I know that a bureaucracy can be challenging to work in, but I want to fight for my employees. I want to make their jobs easier. The first thing that I wanted to do was to accept credit cards accepted.  We issued two wanted to RFPs.  You can pay for your dog tags, and utility bills online with a credit card. There is no reason that we are eight months in and still no credit cards. I am an advocate for change and efficiency. I’ve made a lot of waves because of changes I want. Nothing had happened in this department for 40 years so that change is hard.  I think don’t think voters voted me in because they wanted things to stay the same.”

“I’m trying to better serve the tax payers. I trying to look at ways to make the office more efficient and accountable.”

What do You See for Your Future

Tuttle laughs, “I always want to do the best that I can.  I always want to help the public and move the public forward. I want to do what is fiscally responsible. I believe in small government. Too many people in government don’t seem to have anything better to do than nitpick.  I really want our government to serve the people and to do what government is there to do. Government should serve an economic purpose.  It should do the things that no one else can do. It should treat everybody fairly.  There are certain things the government should do and certain things the government should not do.  I really want to try to illustrate that with how I run this office I really think there is government waste that we can reduce and still serve the taxpayers.  We should not be increasing taxes because we have other revenue sources.  We should be decreasing our expenditures using the revenues from court costs and other fees to the best of our ability.”

She added, “I don’t want to be here 40 years. I think that anything you do, you should do in 15 years and develop skills for the next adventure. I want people to hold me accountable. I want them to ask, ‘What are you doing to serve the public?’”