The smell of gunpowder and wood smoke, along with hearty sound of “Huzzah!” echoing from George Rogers Clark Park can mean only one thing: The Fair at New Boston has begun! 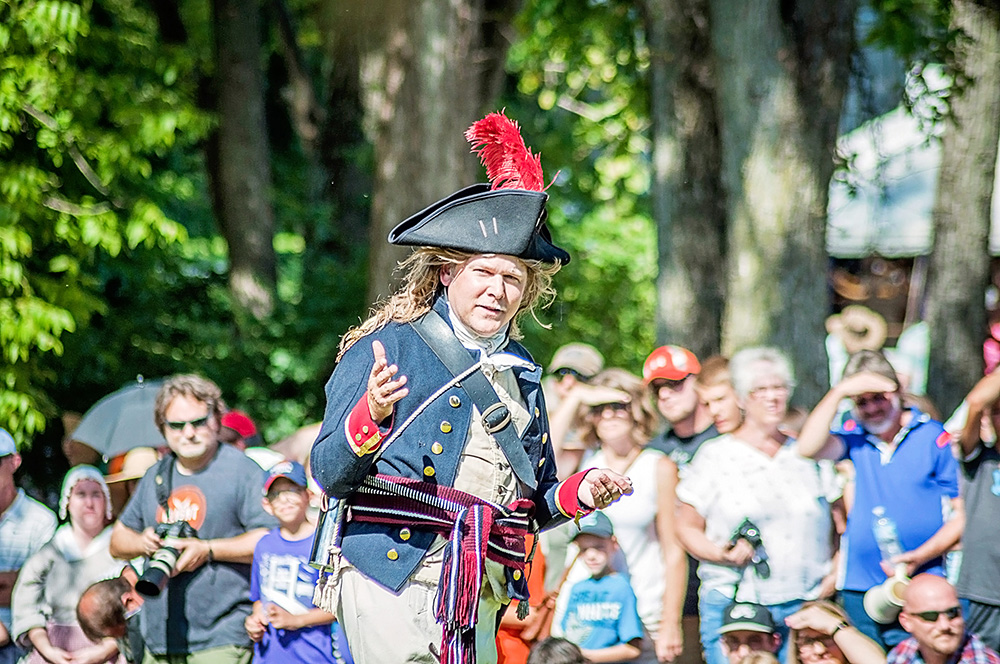 Operated by the non-profit George Rogers Clark Heritage Association (GRCHA). Rain or shine, The Fair at New Boston runs 10 a.m. to 6 p.m. from  Sat-Sun on Labor Day weekend in the field next to the historic Hertzler House near Springfield, Ohio. This year is special for The Fair at New Boston; it is celebrating 35 years of realistically portraying life in Ohio’s earliest years.

Fairgoers will experience virtual time travel as well over 200 artisans, merchants, volunteers, entertainers, and well-known historical figures present the era of 1790-1810 in living color. To add authenticity and educational value to The Fair at New Boston, everything from clothing to cooking methods are required to be era-appropriate. GRCHA member, Pan Cottrell, explains how important such authenticity is for the success of the event.

“Everything in the New Boston Market is juried for accuracy according to documentation available. Everything must be made in exactly the same way it would have been made between 1790-1810 (although food vendors must follow Health department guidelines as well)...Everyone must appear in period-appropriate clothing--no one is allowed to wear or use anything modern. No modern vehicles are allowed on the field. This is an educational event and we want people to feel as though they have really stepped back into that time period.”

A lot of favorite attractions are returning to the 35th Fair at New Boston; including the ever-popular and toothless Rat Catcher, the Mad River Light Artillary, a full-size replica of a Shawnee village, raucous entertainment at the Cheapside Theater, and chats with important historical figure like George Rogers Clark, Chief Black Hoof, and Daniel Boone.

Weather-permitting, a paper and ink hot air balloon will be launched from the Fair. Spectators can also get a glimpse of a scientific marvel of the age called the Grand Camera Obscura.

Of course, there’s also the food.

“I think we can safely say (Kispoko) is the largest and most accurate Shawnee woodland Indian village anywhere,” says Cottrell. She also comments how the number of dwellings has increased, wood bark has been added where tarps were once used, and that Kispoko’s Longhouse is “a gem” where someone can walk through and really get a sense of what it was like to live during that time period.

Keeping true to its educational roots, The Fair at New Boston hosts a free Education Day for students the Friday before the Fair starts. Both traditional school students and homeschooled students are invited to attend. Over 1000 children typically participate in the event.

In honor of The Fair at New Boston’s 35th anniversary, a limited number of special mugs will be available for purchase, as well as coral-colored t-shirts sporting the Fair’s logo.

The Fair at New Boston has grown in scope since it began in 1982, but its focus will always be education, and not just for fairgoers. Cottrell attributes much of the Fair’s success to its participants’ dedication to  learning and improving over during the Fair’s 35 years.

“We get better and grow stronger every year because we are learning every year. A lot of our (participants) are retired or active teachers who view this as another opportunity to educate. Our merchants, artisans, volunteers...everyone puts a lot of effort into ensuring everything is authentic. People really learn at our (Fair). We have certainly grown since our first year, and our 35th will be very special and our best yet.”

One can almost hear a celebratory “Huzzah!” echoing in agreement. 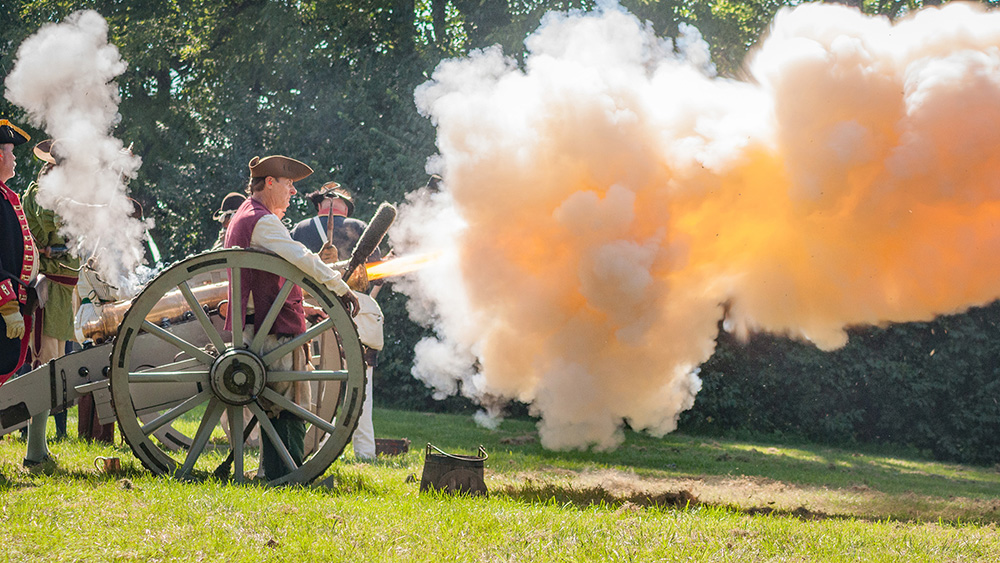